Do You Really Want To MAGA? 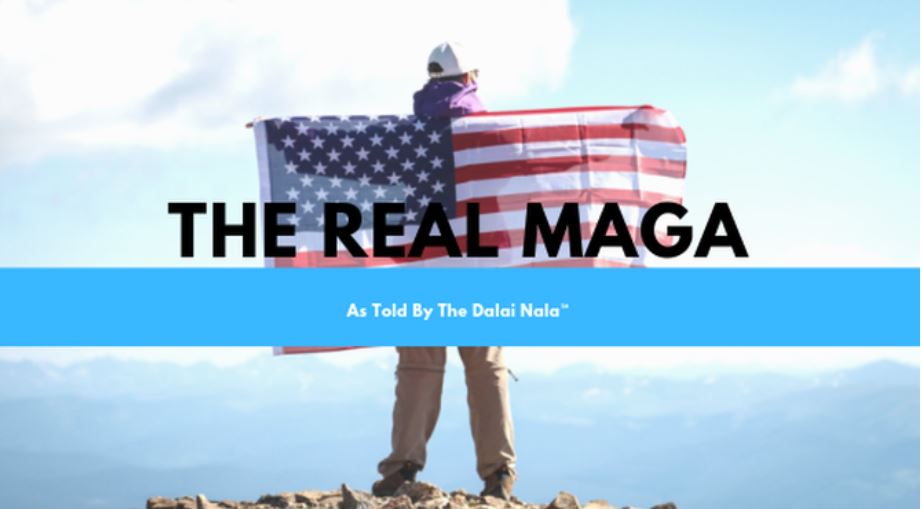 Do you really want to make America great again, humans?

The very act of making America great again is very simple actually. The hard part, is convincing you humans that the change needs to come from you.

Humans are the problem and have always been the problem. Humans destroy everything they touch. Humans are angry, hurt, egocentric, narcissistic, and the list goes on and on.

Now mind you, not every human is like this.

However, just take a moment and glance over the majority of the comment sections on social media (especially anything controversial) and you will see what I am taking about.

The amount of hate spewing there is sickening.

It's down right scary to think some of these people are fathers & mothers, sisters & brothers, grandparents, & ones we call friends.

I don't know how you humans can be so full of rage just because someone doesn't agree with you.

If you are raging now after reading this, this would be a good time to start a change and practice the following....Oh, and if you aren't raging now, good for you human!

I know most of you possess the powers of good. :)

Now let's get to the matter at 'paw'. If you really want to make America great again, here is what every, single one of you humans needs to implement in your day to day lives.

Learn to walk away and not create or instigate drama.

Learn that sometimes only a growl will do and that you don't always have to bite hard.

DO NOT always look for a fight with those who do not agree with you. It's OK to have different opinions. It will be alright if you don't agree with someone, I promise!

Learn to compromise. Don't ALWAYS try to be right. All will not be lost. It's OK, that Bob likes blue and Sally likes red.

It WILL be absolutely just fine. The sun will still rise and set. The birds will still sing and I'll still be eating my bone. Don't let it ruin your day.

Show appreciation. No matter the resolution of the compromise, make sure you show your appreciation to others involved.

Stop adding fuel to the already out of control "fires". Learn to extinguish them. Tame the flame.

Rethink your stance. Are there things about the issue that you aren't really all that passionate about, but just what to continue the argument because you are on a roll?

Be willing to change your perspective. Keep an open mind.

Use your internet super powers for good; stop spreading hate, lies, and ugliness. Instead, spread love, joy and peace.

Come on humans, you can do this...I have faith in you.

And for goodness sake, stop sharing internet hoaxes & fake news. Do some research before sharing that stuff! Thanks, humans.

Now, who is with me to Make America Great Again?