Maternal Alienation, Part Three: Dealing With Your Anger
Emerging from an abusive relationship (which is largely the premise of this series) will land you in the middle of a flood of emotions that are already difficult to deal with. Being rejected by your children multiplies the pain and confusion, making it that much harder to get back on your feet - and many alienated mothers cope by retreating into anger.
Anger comes from the perceived violation of a relational contract between you and someone else, and it can take over every part of you. One of the most damaging forms of anger comes from feeling betrayed by those closest to you . Especially your children. If you feel betrayed by them, you might want to consider a different perspective, because your kids never signed on to a contract that promised to love, honor, and cherish you. Your ex vowed to do that, not your children. So why are you angry at them?
It may be that the contract you believe they violated was their obligation to respect you.
They don’t respect you, not right now. And it’s wrong, and it’s what an abuser wants. It’s what he taught them during the years that you were with him. But what are you going to do about it? Certainly, you want to maintain your dignity, meaning you don't want to respond with the same kind of criticism against him that he uses against you, right?
You can say, “But he's the last person in my life who deserves any kind of respect,” and that’s a good point; however, it makes absolutely no difference to the choices you need to make now - or to the choices made by others, including your kids, about whether or not to respect you.
I don’t mean to sound flippant. I know that the sudden turn these kids take is a devastating thing. In my experience with alienated mothers, the most common reactions from the children are that the daughters display a level of disgust for their mothers, while the sons tend to turn condescending. You can wind up feeling like everything you do, every word you speak is interpreted as more evidence of your incompetence - or worse, your evil nature.
What I’m saying is that you have two choices: You can either maintain your dignity, and continue to conduct yourself like a loving mother - which, of course, means that you put your kids’ needs first, whatever those needs may be; or you can decide to compete with their father and with those who support him, and do whatever you can to win the approval of your children. Not only is that wrong for them, but turning into a sycophant is the fast track to giving away even more of yourself.
Besides, they need the same things that you do: They need you to be centered, compassionate, and strong.
As a side issue, what about those people who were on the periphery of the life you lived with the abuser? Are there family and friends who have abandoned you? If you feel betrayed by them, then you need to figure out the specifics of the contract that they violated in siding with him. Generally speaking, I believe that those who befriend, support, or remain neutral towards a batterer provide him with the power he needs to remain abusive. They have no moral right to do so, because they aren’t the ones who endure the results.
The circumstances under which some people openly choose the batterer’s side - and yes, this is about choosing sides - will vary; but the commonality among them usually comes down to a deliberate ignorance, which is at the core of cowardice. Which means the contract that they violated is one of the simple human decency that we all owe to each other.
Personally, I wouldn’t allow such people in my life, no matter who they are. You may want to think about that as well.
If nothing else, make sure you don't assess your self-worth by the opinions of others. The key to resolving the anger of betrayal is found in the fact that, clichéd as it may sound, you need to fully respect and appreciate yourself. To do so, you have to conduct your life with the dignity that comes from living in truth - which includes being honest about your own life. You need to display the good (and forgive the not-so-good) within you.
Struggling through Maternal Alienation, you’re likely becoming well practiced in self-criticism, and sure - there are always some things you can do better. But are you realistic about your accomplishments? Do you acknowledge and honor your best attributes? Think about all that you've endured, and the admiration you would feel for any other woman who survived what you have. You deserve the same respect.
Next time, we'll wrap up the series with some suggestions on how to reclaim your life, and live it well, even if you're alienated from your children.
Until then -
Jenna
===============================
Jenna Brooks is a certified professional coach, specializing in divorce, domestic violence, and Maternal Alienation. You can find Jenna's books on her website , and she welcomes your comments through the contact form at Jenna Brooks Online.

Experience Integrity Health Coaching Fitness Centers & Gyms for yourself! Getting you fit for less is what we do best! 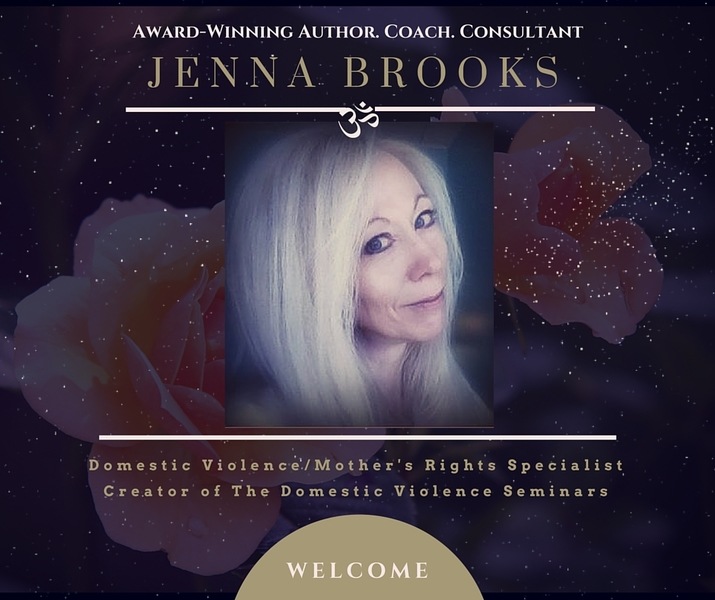