The Functional Medicine 5 “R” Approach to a Healthy Gut: Part 5 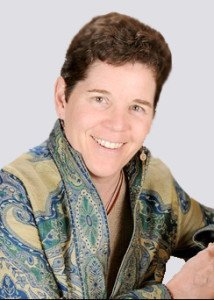 The gastrointestinal or enteric nervous system consists of some 500 million nerve cells, which amounts to one two-hundredth of the number of nerve cells in the brain, and 5 times as many as the one hundred million neurons in the spinal cord. The enteric nervous system is embedded in the lining of the gastrointestinal system, beginning in the esophagus and extending down to the anus.

The nerves of the gastrointestinal nervous system control peristalsis, which is the contractions of the intestinal muscles that churn and move digested food through our gastrointestinal tract.  The enteric nervous system is also responsible for the secretion of a number of different enzymes, which are proteins involved in digestion and other chemical reactions.  The enteric nervous system also makes use of more than 30 neurotransmitters, most of which are identical to the ones found in the brain, such as acetylcholine, dopamine, and serotonin. More than 90% of the body’s serotonin lies in the gut, as well as about 50% of the body’s dopamine.  These neurotransmitters can be very involved in mood stability, anxiety and depression.  So, having neurological and psychological balance is extremely important when it comes to gut health!

The importance of this final “R” in the path to optimal gut health cannot be ignored or over emphasized.  The chronic stress that modern life imposes on us day in and day out plays an enormous toll on our health and well being!  The key to rebalancing is the modification of attitude, diet and lifestyle in order to promote a healthier way of living.

One of the best ways to balance your cortisol or stress hormone levels is to get enough sleep.  One should get 8 hours of sleep per night and if you are having trouble falling asleep or are waking in the middle of the night and have trouble getting back to sleep, these are signs of cortisol imbalances.  Cortisol is supposed to be higher during the day and lowest at night.  Melatonin, which is a hormone that should be high at night when we are sleeping and low during the day, quiets our nervous system. These two hormones fluctuate based on our circadian rhythms and balancing one can help balance the other.  So, taking a low dose of melatonin (3mg) prior to bedtime can be very helpful not only for sleep but also for quieting the enteric nervous system in people with multiple gut problems from heartburn to irritable bowel syndrome to inflammatory bowel disease (Crohn’s disease and Ulcerative Colitis).

Another way to rebalance one’s nervous system is to have a stress reduction practice that you do every day.  Breathing, for example, can be done in many different mindful ways to quiet the mind, reduce stress and improve oxygenation.  For example, a simple exercise of “4-7-8 Breathing” can be done once or twice daily to help Rebalance.  It is done by simply breathing in deeply for a count of 4, then holding the breath for a count of 7, and then exhaling for a count of 8 and then repeating this sequence 4 or 5 times over a minute or so.  Studies have shown that this very simple practice done daily over a four-week period decreased cortisol levels, improved sleep and overall wellbeing.

There are many different types of stress reduction practices.   Meditation can involve emptying the mind of all thought or giving the mind something to focus on mindfully, such as repeating a montra or prayer over and over.  Movement can be a form of meditation, such as yoga, walking in nature or simply turning on music you like and freely moving/dancing to it.  Whatever catches your fancy is fine, but in order to start rebalancing your nervous systems, you must take the time to practice daily.

If you are finding this discussion interesting and helpful and would like to learn more, then go to www.tmurraywellness.com. Once there follow any of the links:

Then check the event calendar or call our office at (603) 447-3112 to learn where and when Dr. Murray’s next live presentation will be.