The Path by Jim Ganley

The Path (Are you on the right path?)

Getting from here to there is easy. Just sit back and let it happen, though we may not be happy with our final destination. On the other hand, the journey from where we are to where we would like to be may take most of us a lifetime. Short cuts are typically overlooked. The easiest strategy would be to ask someone who has actually gone where we would like to go, but for one reason or another we may be too timid or may not want to bother anyone. It may also be a humbling experience to have to admit that our lives are out of control and plunging into oblivion. Even more so if we happen to be a highly regarded professional. 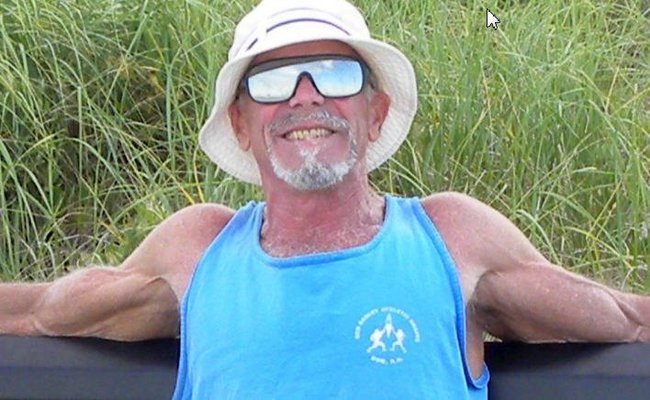 Even when presented with a clear strategy of how to achieve our goals, many of us do not want to know about it, preferring instead to go off like a ship without a rudder into a sea of confusion. When our goals go unmet, we can say, “Well, I tried.” It’s been a long standing observation of mine that anytime someone says they will try to do something, you can bet it isn’t likely to happen. We either do it or we don’t. “Try” implies planned failure.

Just as the recovering alcoholic who slips back into his or her disease is said to have fallen off the wagon, those who choose to let themselves go fitnesswise may be described as having strayed from the path. The rationalizations are endless, but the fact is that they have chosen a different route for themselves and do not want to take responsibility for this. It is someone else’s fault, not their own.

My own journey into the world of bodybuilding initially had a couple of false starts and took me down a number of blind alleys, the major mistakes having been compulsive overtraining, as I have discussed previously, not obtaining enough food and rest, and emulating the nonproductive programs of those I had observed around me.

The majority had little to show for their effort. Most workouts consisted of not much more than barbell bench presses and barbell curls, the prime directive being to move as much weight as possible from Point A to Point B, throwing caution to the wind, and disregarding proper technique.  In the bench press, for example, the accepted modus operandi would have the spotter assist the lifter in positioning the bar directly over the chest. Then the lifter would let the bar free fall, bouncing it off the sternum with a sickening thump as he attempted to take advantage of the bar’s momentum to get the bar back to an arms locked out position directly overhead.    And while this was happening, his body would be squirming all over the bench like a cork screw as his pelvis was thrust toward the ceiling and his legs were kicking wildly as though he were in a life or death struggle. This is straining, not training, the focus being to do anything to get that weight up. As I eventually learned, moving the weight from Point A to Point B should not be the goal. What’s more important is what happens BETWEEN Point A and Point B. We can minimize any role that momentum and gravity may play here by having complete control over the weight through the entire range of motion, from Point A to Point B.

Of all the times that I have explained this to people over the years, they’ll react skeptically, as though I’m trying to con them into investing in oil drilling rights on the moon. “Do you think so?” They ask me. “Well, if I didn’t think so, then why would I have said it?” Most still don’t get it. In my own case, I needed to see the results of what such well executed training could produce.

Bill Chalas was one of the more knowledgeable lifters here. He, along with Big Al, Gus, and few others were my early sources of  information on how to workout properly.  Bill was noted for the fact that he was one of the few lifters who also ran. He told me that three days a week he would go out onto the track at Memorial High School and run for a couple of miles. Bill’s idea was that the cardiovascular improvement would allow one to push longer and harder on the weights as well as keeping body fat levels lower than they would have been without the running. If that was good enough for Bill, then it was good enough for me too.

Bill was also noted for changing his workouts around from time to time. He did this by doing a variety of different exercises and utilizing a number of varying set and rep schemes. One Saturday morning a chiseled looking, older guy showed up. First thing I noticed was that he had muscle mass and little fat which made him appear like someone out of a Joe Weider ad. He began his workout by doing dumbbell bench presses with a pair of 60 lb. dumbbells. This made little sense to me, seeing as how he appeared as though he was capable of handling much more than that. Many of the others were using the 100 pounders for this, but had achieved nowhere near the results of this guy. I recall that what he was doing was at odds with what I had seen thus far.

He did six smooth, well controlled reps, the only observable movement taking place at the shoulders and elbows. He put the dumbbells down on the floor, and sat there on the end of the bench catching his breath for at most 30 seconds. Then he did six more reps and did this for a total of six sets of six reps. Then he got up off the bench, racked the dumbbells, and left. I couldn’t believe this.

Bill filled me in on the details of what he and I had just witnessed. “That’s Lou Eglody,” Bill explained. “He’s this year’s Mr. New Hampshire.”

“No kidding! Mr. New Hampshire, you say? How did he get like that?”

Bill claimed to have known Lou Eglody well, and explained what was involved.

“Lou is kind of a freak,” he began. “He trains hard and takes minimal rest between sets. He also doesn’t train that often or for very long.”

Bill also explained that Lou’s lifestyle was different too.

“We were at Crystal Lake once last year. Most of us were eating hot dogs and drinking cokes, but not Lou.”

So I asked what Lou had done while the other guys were eating junk. Shaking his head, Bill filled me in on the details.

“Lou had these thermos containers filled with tuna and cottage cheese. Not everybody can do that,” he explained.

A couple of months later while packing my lunch getting ready to leave for my morning classes, my mother seemed confused.

“Why are you eating plain tuna and cottage cheese for lunch every day?” she wanted to know.

“Oh, no reason in particular.”

While tuna and cottage cheese may not have been the magic bullet to take me where I wanted to go, at least I appeared to have been on the right path.