Want Some Pesticide With That Food?

Just read an article on WMUR about how strawberries top the dirty dozen list - which inspired me to pass on some education about it. 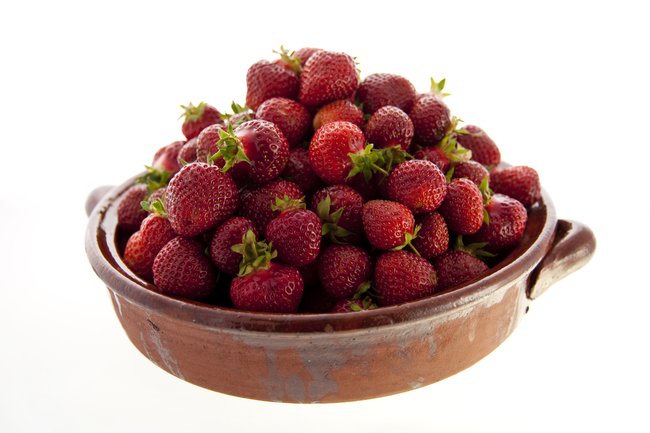 Eating fresh produce is the best way to obtain the nutrients that support optimum health, but the pesticides used on many crops remain a major health concern.

By choosing organic foods, you can reap the health benefits of fruits and vegetables without exposing yourself and your family to potentially harmful chemicals.

Pesticides present real health risks, particularly to children and those with health concerns.

The toxicity most commonly associated with pesticides in animal studies include disruptions in the normal functioning of the nervous and endocrine system, and increased risks of cancer.

Bind to a receptor within a cell and block the endogenous hormone from binding. The normal signal then fails to occur and the body fails to respond properly.

Examples of chemicals that block or antagonize hormones are anti-estrogens and anti-androgens.

Interfere or block the way natural hormones or their receptors are made or controlled, for example, by altering their metabolism in the liver.

With that being said, I skimmed some of the comments that people were leaving in the comments section of the WMUR article.

It was actually the comments that inspired me to write this - as I knew right then and there people just don't know... and they NEED to know.

Let me be very clear about this...

YOU CAN NOT WASH OFF PESTICIDES.

If pesticides are present on the surfaces of your fruits and vegetables, you can definitely remove a substantial amount of those surface pesticides through careful washing and light scrubbing.

However, you cannot remove all of them nor can you remove pesticides that have been incorporated into the fruits and vegetables while they were growing.

I understand it's not always possible to buy 100% organic.  But, you should always buy organic when it comes to the dirty dozen list.

The USDA’s 2014 strawberry tests found that:

How hazardous are the chemicals used on strawberries?

Some are fairly benign. But some are linked to cancer, reproductive and developmental damage, hormone disruption and neurological problems.

Carbendazim, a hormone-disrupting fungicide that damages the male reproductive system, was detected on 30 percent of 2014 samples. The European Union has banned it because of its intense toxicity.

Bifenthrin, found on more than 40 percent of samples in 2014, is an insecticide that California regulators have designated a possible human carcinogen.

Malathion, found on more than 20 percent of samples in 2009 and 10 percent in 2014, is toxic to the nervous system and, according to the International Agency for Cancer Research, a probable human carcinogen.

It is often sprayed to eradicate mosquitoes and other insects. In addition, malaoxon, a particularly toxic chemical formed when malathion breaks down, showed up on more than 10 percent of the 2009 samples.

As disturbing as these results are, they do not violate weak U.S. laws and regulations on pesticides on food.

Learn more about the Clean 15 -> Here