You Should Really Break Up With Him.

5 1/2 years ago I stopped doing something that was very self-destructive. You see, I was in love, and mentally he was not very healthy for me...

I ended our relationship... it was hard... but I had to do it. He always made me feel defeated. He made me have low self esteem. He made me angry.  So one day I had had enough and I threw him out.

I kicked Mr. Scale to the curb! 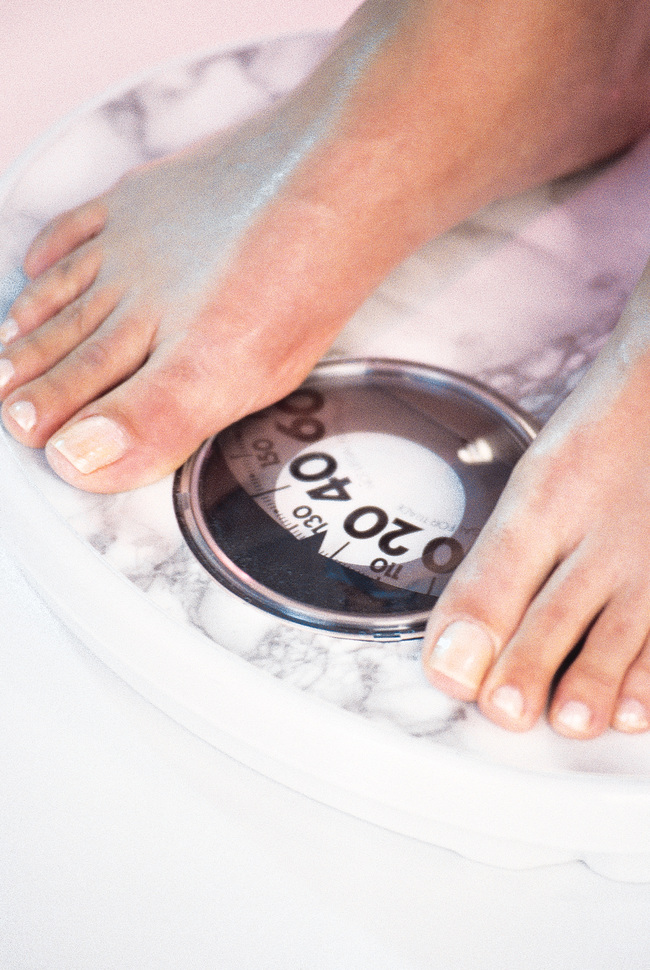 I stopped weighing myself on a daily basis.

Because like a lot of women, I had this magic number in my head as to what I “should” weigh.

And whenever I jumped on the scale and that number was off by even 1 pound, it would throw me into a tizzy.

And then one of two things would happen...

OR it would hit me the other way...

It would leave me feeling depressed and defeated and all I wanted to do was wallow in self-pity and use food to comfort myself.

I'd think, well screw it... I might as well eat a gallon of ice cream.... and I would.... and then I'd feel sick and guilty and the cycle continued like that for years... it's very destructive.

I've since realized that Mr. Scale never really loved me. Our relationship was toxic, and I decided it was best to break up with him.

I have learned that he tells me lies and makes me feel terrible. I even went as far as throwing him out of the house.

So, instead of using all my energy and focusing on a silly number, I've since shifted my thought pattern and focused on actually doing things to make me FEEL better.

I accomplished that by making simple changes to my eating habits, I added a consistent exercise regimen, my sleeping habits, and I took a good look at how I was managing my stress levels.

To my amazement, the less I focused on Mr. Scale, the more I focused on improving my lifestyle habits. I started to over-all feel better about myself, my clothes were starting to get BIG on me! I started to feel better in my own skin. My self confidence was slowly creeping back into my life.

Defeating my own self destructive habits,  and over coming a heath crisis, I am now a huge fitness advocate.

I encourage all of you to break up with Mr. Scale... kick him out of your life -- he is no good for you.

Instead of taking a step on the scale every day, and becoming disappointed or frustrated...and continuing with that self destructive behavior, I encourage you to take a step towards making healthier lifestyle choices.

By doing so, you will mentally feel better about yourself, and you will be making big strides to healthier habits. A happier you!

You are a beautiful human being -- NOT a number.

Love yourself enough to focus on the things that matter to your health... not some silly Mr. Scale.